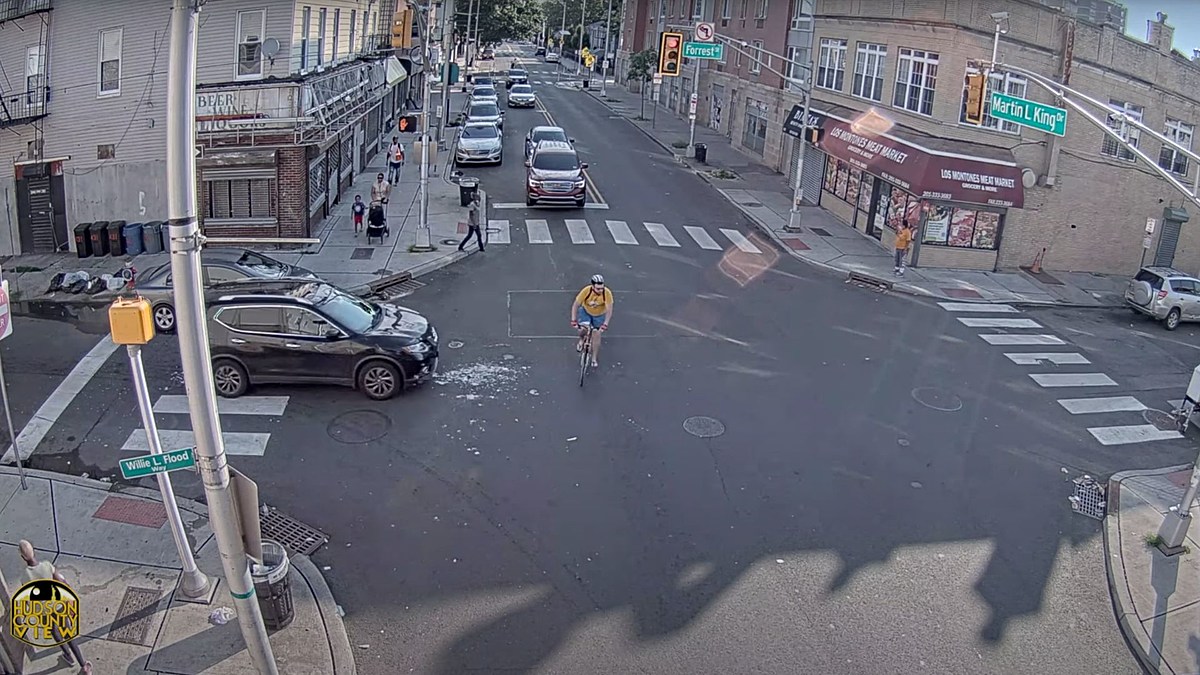 There’s been a lot of noise lately about a Jersey councilwoman who hit a cyclist while crossing an intersection in the city.

The presumption made in the media and political circles is to immediately blame the driver and focus on the fact that she did not stop.

But when you watch the video, some things jump out.

First of all, the driver seems to respect the rules of the road, not to accelerate and to cross a green light.

Second, the cyclist clearly passes the red light which is visible from both angles. And the cyclist is in the middle of the road without stopping to look for oncoming traffic.

Fortunately, the cyclist pulled away, but the driver did not stop.

Many say this is why the driver should be charged.

Let’s wait until all the facts are known before condemning or judging either party.

The driver may not know that she hit the cyclist.

I told on the air earlier the story of walking on the campaign trail nearly two decades ago in Eatontown where a car pulled out of a driveway and hit me. I got cut and banged on the hood and kept walking. I don’t even remember being hit.

It was my campaign team walking behind me who stopped me and asked if I was okay. It was a confused conversation for sure.

Watch the video of this latest car-bike interaction and let me know what you think. Contact me on the free New Jersey 101.5 app and make your voice heard!

The above post reflects the thoughts and observations of Bill Spadea, host of New Jersey talk show 101.5. All opinions expressed are those of Bill. Bill Spadea is on the air weekdays from 6-10 a.m., speaking from Jersey, taking your calls at 1-800-283-1015.

WATCH: These are the 50 largest retailers in America

Discover the must-see roads in each state