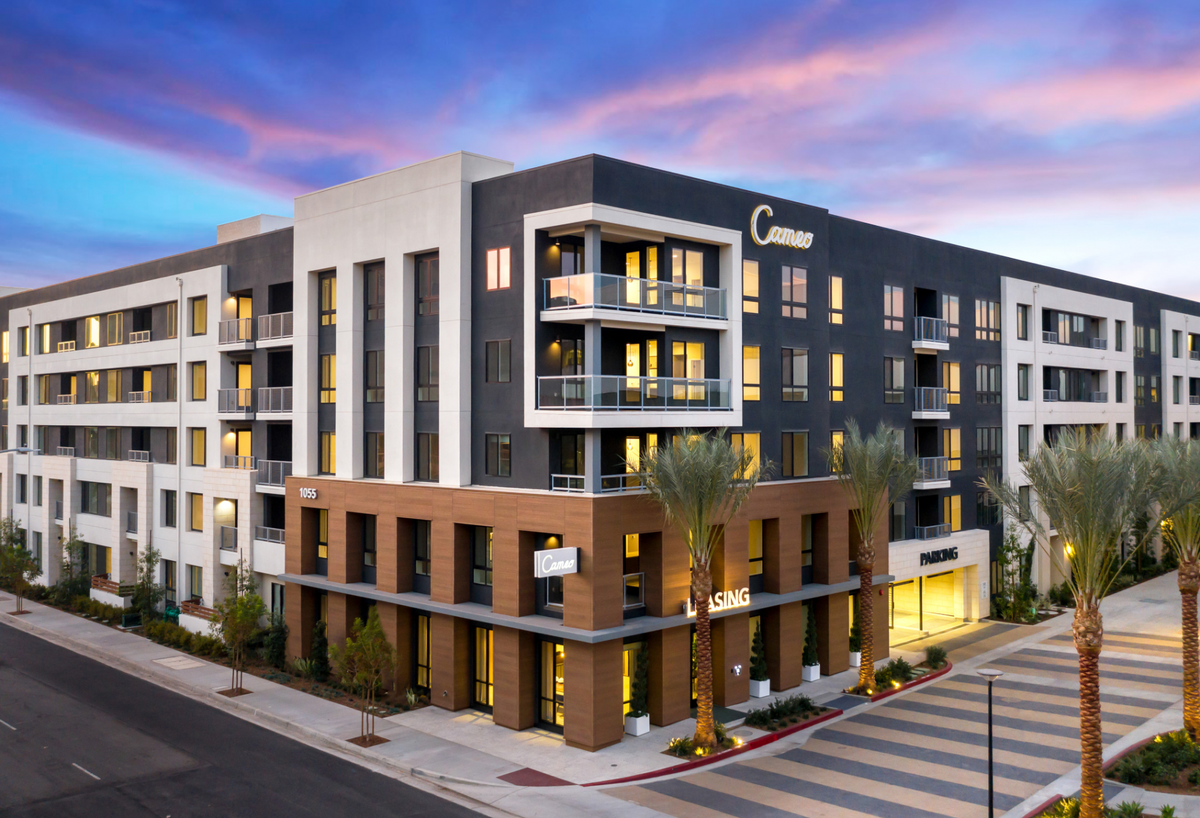 Waterford Property Co. and the California Statewide Community Development Authority have purchased two Orange County properties to convert them to units below market rates. Thanks to the program with CSCDA, rents will be lowered for tenants earning 60 to 120% of the median income in the area.

Kidder Mathews has hired Lori Coleman as senior vice president and market leader in asset services. Coleman will lead the division in Northern California and Greater Los Angeles. Prior to joining KM, Coleman worked at Madison Marquette for 17 years, where she was responsible for the West Coast Assets.

In his new role at Kidder Mathews, Coleman is responsible for developing and leading real estate teams to provide world-class service, partnering with clients to identify and execute value strategies, ensure financial reporting compliance and risk management, as well as business development.

CenterPoint Properties has given up $ 63 million to acquire an approximately 173,000 square foot Class A industrial property at 8500 Mercury Lane in Pico Rivera. CenterPoint purchased the property from the occupier as part of an off-market sale and leaseback transaction, according to Jordan Lara, executive vice president of business for DAUM. Lara, along with DAUM Executive Vice President Rudy Lara and Vice President Nick Peukpiboon, completed the transaction.

Satellite company Terran Orbital has leased just under 89,000 square feet of four floors at 400 Spectrum Center Drive in Irvine, the company said. This represents an expansion for Terran Orbital, which will continue to occupy its current facilities at 15330 Barranca Pkwy. Irvine Co. owns 400 Spectrum Center. Savills represented both parties in the deal, sources said.

In-N-Out Burgers signed a land lease for approximately 72,000 square feet in Valencia at 27510 The Old Road, near Magic Mountain Parkway. Yair Haimoff and Randy Cude of Spectrum Commercial Real Estate represented the owner. In-N-Out was represented by Epsteen & Associates. The property is the site of an independent restaurant previously occupied by El Torito.

Cedars-Sinai is considering replacing its Cedars-Sinai Marina del Rey hospital and awarded the construction contract to Rudolph and Sletten, a subsidiary of Tutor Perini. The location of the new nine-story, 230K SF facility on Lincoln Boulevard allows the existing hospital to remain open and operational during construction, which is expected to begin in October and end in 2026.

The inner courtyard of Alsace

Affordable housing bridge lender Pembrook Capital Management has provided an initial mortgage loan of $ 15.35 million for the acquisition of Parkwood Apartments, a 90-unit multi-family building located at 700 West Avenue I in Lancaster. The sponsor, MF Asset Management, will use the funding to carry out exterior and unit renovations.

Today in Middletown: What You Need to Know Today (Mon Sep 27)