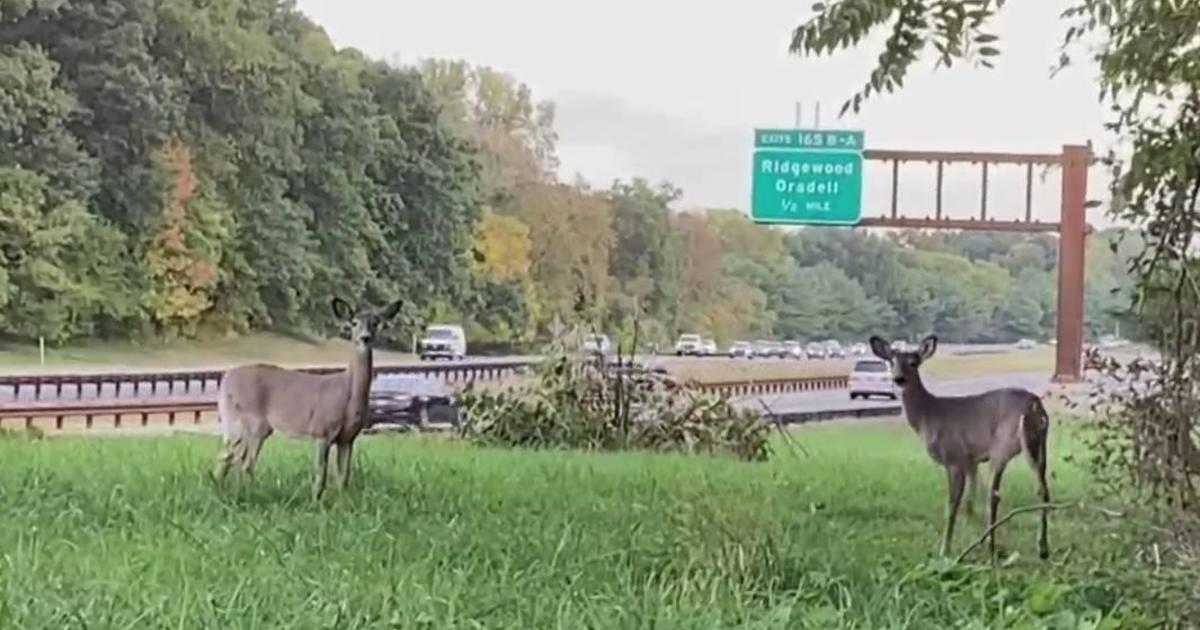 WYCKOFF, NJ — A warning for New Jersey drivers: watch out for deer!

Even in the most densely populated state in the country, locals are used to seeing deer all over the place.

But as the mating season begins, deer are more likely to cross roads and highways, increasing the danger to drivers.

“They are really adorable. But you have to be careful,” said Father Aziz John Hadodo, of New Milford.

Call him blessed, but Father Hadodo never hit a deer.

“Once in a while you see some that have been hit by cars. But so far I’ve been lucky I haven’t hit any,” he said.

Pino Angiulli cannot say the same. A male ran in front of his car last fall.

“I was one of the lucky ones. Let’s put it that way,” he said. “I hit him, he bounced, his body landed and his antlers ended up here.

It’s a similar scene 20 minutes west of Wayne. The Paul Miller Performance Collision Center has been seeing two to five clients hit by a deer a week lately.

In addition to the cost, Grazioli said it was difficult to get parts due to a broken supply chain.

“We have cars here now. We’re waiting for the headlights, they’ve been out of Germany for three months. And that’s a big inconvenience for customers,” Grazioli said.

State estimates indicate that there are more than 125,000 deer in New Jersey. Every year there are thousands of collisions between drivers and deer. Most take place at this time of year.

The peak deer breeding season in New Jersey runs from late October to mid-December. Authorities are urging drivers to slow down, especially at dawn and dusk.

According to the New Jersey Department of Environmental Protection: