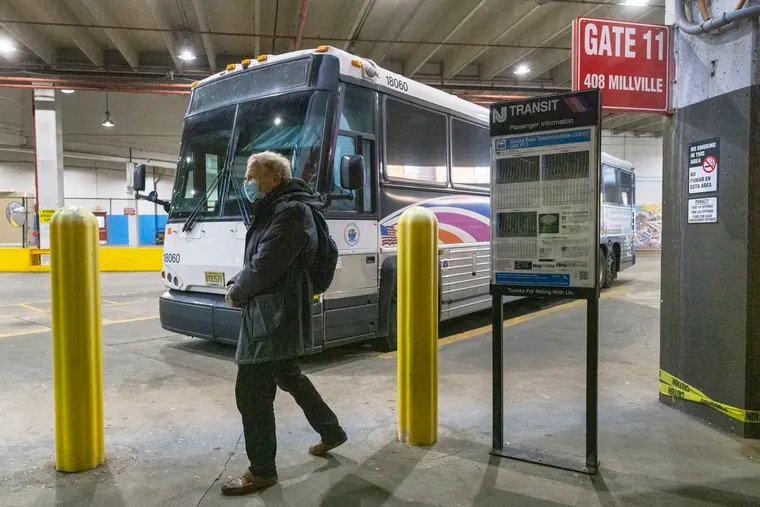 The destination sign on the NJ Transit Route 408 bus read “Philadelphia,” as usual, when Laura M. Schultz boarded at Pitman for her usual morning ride.

Halfway through the 75-minute journey in the first week of March, she learned that the bus would no longer be going downtown. The driver said they would be dropped off in Camden instead of the Greyhound Terminal on Filbert Street, where the route ended.

“It stunned me,” Schultz said.

Now, two months after leaving hundreds of South Jersey customers embarrassed, NJ Transit has backtracked under criticism and says it will restore direct service to Center City in June on five inter-city bus routes. States that had been redirected to Camden.

Passengers can transfer in Camden to other NJ Transit bus routes that travel to Philadelphia. But many say they have longer journeys, changing buses is inconvenient, and sometimes getting to work also means taking a SEPTA tram, bus or metro.

Schultz, a data scientist at Children’s Hospital of Philadelphia in University City, was able to transition to virtual work. She does not own a car.

She said she will likely use 408 again when service is restored and she transitions to a hybrid schedule, with two or three days a week in the office.

NJ Transit “mishandled all of this,” Schultz said.

Since June 25, Parcours 317, 408 and 409 will operate with stops at Sixth Street and Market Street, including near Jefferson Station, said Mike Kilcoyne, general manager of bus operations for NJ Transit. They will then travel several blocks down Broad Street and turn onto Vine Street heading east.

Routes 313 and 315, which originate in Cape May, will continue further to the 30th Street station, Kilcoyne said. Drivers on all five routes will have brief “recovery time” stops in Camden, he said.

Jennifer Fisher, who also commutes between Pitman and her office in University City, said she would return to the 408 bus if the schedule was similar to what it was before.

“NJ Transit seems to have a real communication problem and it feels like these decisions are being made on the fly,” Fisher said Monday.

The upheaval then occurs NJ Transit is in the midst of an overhaul of its bus network in Burlington, Camden and Gloucester counties, aimed at increasing the frequency of service on the busiest bus lines. Many fear Philadelphia’s service will be cut again, permanently.

“South Jersey is already underserved compared to the rest of the state when it comes to public transit,” said Sean Mohen, executive director of Tri-State Sustainability, recently. “We’re not talking about boonies here.”

Some loyal NJ Transit passengers have been driven away as the agency struggles to recover from the coronavirus pandemic and Philadelphia’s business districts are eager to see as much commuter traffic as possible.

“I’m glad they did what they did,” said William Ritzler, South Jersey coordinator for the Delaware Valley Association of Rail Passengers, a transit advocacy group. He said he didn’t expect it, but he also didn’t receive a response to questions he raised about the change at the NJ Transit board meeting last month. .

“All of this makes you wonder what management’s intention is regarding service in Philadelphia,” Ritzler said Monday.

The transit agency abandoned the Greyhound Terminal on Feb. 28 after a traffic reconfiguration cost it boarding bays and created dangerous bends, officials said.

Buses on Philadelphia’s five routes instead began terminating and beginning their runs at the Walter Rand Transportation Center in Camden.

Prior to the decision to restore direct service to downtown, NJ Transit CEO Kevin Corbett said it may not be possible due to a lack of space there, or near the 30th station. Street, which he described as packed.

“We want them. We want more people to come to Philadelphia in transit,” said Rich Montanez, deputy transportation commissioner for the Department of Streets, which controls bus stops. He said the city would work to accommodate NJ Transit.

INTRODUCING THE NEXT GENERATION OF AQUOS BOARD INTERACTIVE DISPLAYS