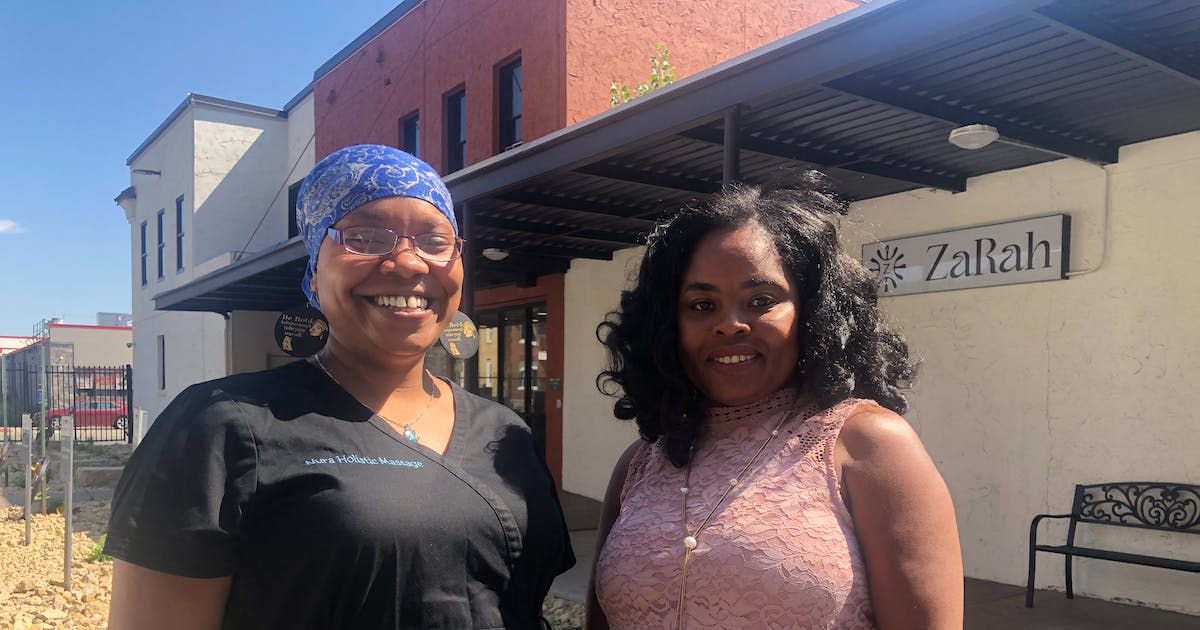 Kenya McKnight-Ahad is awesome–grandmother, Memphis Tucker, was the first mover in her life. His mother, Sharon McKnight, was the second.

McKnight-Ahad, founder and CEO of Black Women’s Wealth Alliance in Minneapolis, is driven by her life to help black women live better lives.

Last year, she purchased a building in North Minneapolis, now called ZaRah, which she is transforming into a hub of wellness spaces, from massage and acupuncture to a spa and maternal support.

“ZaRah’s goal is to build a neighborhood oasis in health and wellness,” McKnight-Ahad said. “Over $20 million a year leaves the North Side for these services. We will recycle those dollars and create wealth that will help build a black middle class.”

McKnight-Ahad, now 45, worked her way through high school and Henry University to an early teaching career on the North Side.

Her great-grandmother in the 1950s emigrated from Mississippi to the Chicago area, where she opened a candy store. His mother moved further north to Minneapolis in the 1980s, raising five children in public housing.

After a younger brother was killed in a shootout, McKnight-Ahad worked for U.S. Representative Keith Ellison. She went on to win two scholarships in community engagement and economic development, worked for the Northside Economic Opportunity Network, and helped care for the children of her deceased brother and another in prison.

“I’m the matriarch, the fierce aunt who tried to step in and help my family,” McKnight-Ahad said. “I’ve been a provider. I also see a change in the next generation, their children. School, internships, graduation, work.”

Some of her acquaintances call her a “sheroine” and bring their children to visit the building, 1200-1202 W. Broadway Av., which she bought last year. Ironically, she once left her space in the building because she couldn’t pay the rent.

“She was back as a tenant when she called to buy the building and it was the perfect full cycle,” said Stu Ackerberg, the Minneapolis developer-owner with North Side roots, who for 15 years renovated or sold several buildings on West Broadway to locals through his nonprofit Catalyst Community Partners.

McKnight-Ahad acquired the building from Catalyst for $1.1 million, including $100,000 in equity. Ackerberg completed major renovations to what had been an abandoned morgue and added the Breaking Bread Café.

McKnight-Ahad took the tab to $1.5 million with more upgrades, including a main entrance and landscaping. She gave it the name ZaRah, a word of Arabic origin that evokes brilliance and beauty.

“Kenya has vision and guts. She had never done real estate before. But we worked together. And she had this concept of creating a black middle class on the north side,” Ackerberg said. “She’s part of the changing times and the West Broadway turnaround.”

Like home ownership, commercial real estate has eluded black entrepreneurs for generations, for well-documented reasons rooted in racism, redlining, lack of business connections, and commensurate inability to generate generational wealth. by the property.

Thanks to population growth and opportunity, the percentage of Minnesota businesses owned by people of color rose from 6.3% in 2007 to 11% in 2017, according to the Census Bureau. And Small Business Administration lending to black businesses in Minnesota has increased 250% from 2020 to 2021.

To finance the purchase of the ZaRah building, McKnight-Ahad turned to Sunrise Banks as the lead lender, followed by an interest-free loan from the Minneapolis Commercial Property Development Fund (CPDL) of $500,000. It’s one of many done to minority homeowners in riot-damaged downtown hallways following the 2020 killing of George Floyd.

Erik Hansen, the city’s chief economic development officer and former North Side project manager, said McKnight-Ahad qualified because of her “proven track record” of successfully running her businesses. And she has recruited, hosted and mentored other black women business owners who are fueling household wealth.

McKnight-Ahad hired Wadud after a Black Women’s Wealth Alliance forum for about 70 women with leads on business development, housing, financial planning and wellness trends. Wadud’s wellness workshop has proven to be the most popular.

Appetite for Change, parent company of Breaking Bread, plans to purchase its own building to house the cafe and a variety of nutrition programs tied in part to the North Side’s growing urban agricultural economy.

McKnight-Ahad said she plans to replace the cafe with an evening restaurant.

In the Stacks of Books: News from the Atlantic County Library