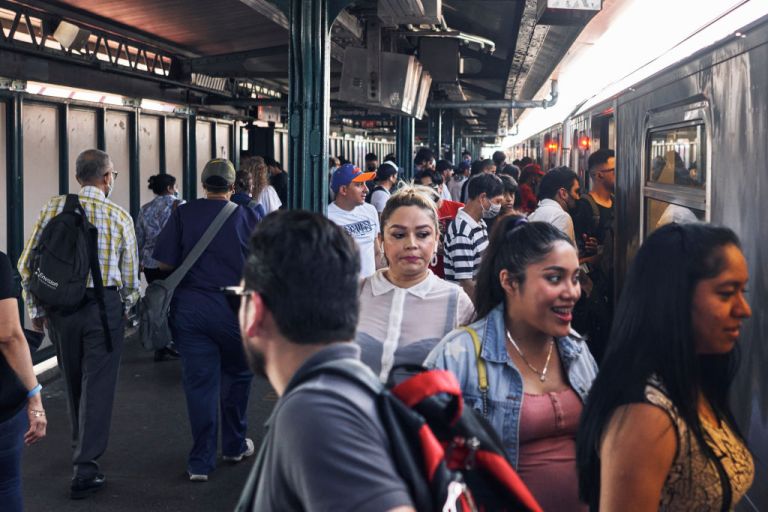 Back in the office – Trade Observer

Labor Day may be a time to remember the achievements of this country’s labor and union movements — which have brought us small things like the 40-hour workweek and unemployment benefits — but many businesses use the holidays as the end of something many workers want to pursue: full-time telecommuting.

Goldman Sachs will lift all COVID-19 protocols in its offices — including vaccination mandates and mask-wearing — after Labor Day, which many see as a less-than-sweet boost to get all staff in five days a week. Meanwhile, the sworn enemy JPMorgan Chase didn’t push its employees so quietly do the same, and Apple wants employees back at least three days a week after Labor Day.

It may be the largest companies recalling workers in droves, but they are far from alone as companies large and small have started recalling employees. All of this might feel like we jumped into a DeLorean with Doc Brown and go back in time to 2021but apparently the employers bad business this time.

But a full-scale five-day-a-week return to the office could be as elusive as the location of Jimmy Hoffa’s grave, study after study shows. people want a hybrid model and many are ready to quit over the loss of their home office.

Apple has faced numerous complaints from workers over its back-to-office edict, forcing the tech giant to reduce the number of days required, while Google employees were angry at the company’s decision. three-day-a-week policy even after continuing to contract COVID.

Landlords expect a much stronger return from tenants this week, but many have more realistic expectations, Marty Burger, CEO of Silverstein Properties, told CNBC. he expects most businesses to only come back three to four days a week.

It may have been a quiet week – as many have surely holed up on vacation for one last summer weekend – but there were still plenty of reminders of the current state of the US economy.

Women-focused coworking provider The Wing announced that it would close its six remaining locations permanently after an insufficient number of members have visited the spaces. The company debuted in 2016 to much fanfare and came out strong with a fundraising of $100 million.

However, the wheels began to fall, and the company faced allegations of mistreatment of staff and people of color, lawsuits over its women-only admissions policy, and nearly went bankrupt in 2020. .

On the retail side, Bed Bath & Beyond announced the closure of 150 stores nationwide and laying off around 20% of its corporate and supply chain workforce after the struggling company secured $500 million in new funding to right its ship. And it’s after closed 37 stores in February.

In other retail news, the Urban Outfitters subsidiary Free People couldn’t get rid of their bills as a judge ruled he will have to pay Delshah Capital $13 million in skipped rent for his 58-60 Ninth Avenue storefront.

And in a tale that turns into a long and winding saga worthy of a Bruce Springsteen songthe long-awaited Gateway tunnel project had its $2 billion cost increase and the start of construction delayed for a year.

The group leading the project – which calls for the renovation of an existing underground rail tunnel between New Jersey and New York and the construction of a new one – blamed inflation on the rise in the bill to 16, $1 billion and requested additional federal funding.

There was some good news last week as the offers continued to pour in.

Luxury Retail Entrepreneur Michilli and fashion designer PatBO each took 7,000 square feet at 126 Fifth Avenue; custom embroiderer Penn & Fletcher seized 3,400 square feet at 309 West 36th Street; and four tenants leases signed for a total of 21,000 square feet at 20 West 55th Street. And, in the news which will not fail to please bibliophiles, bookseller McNally Jackson secured 7,000 square foot space at 1 Rockefeller Plaza for its fifth store, which is scheduled to open this winter.

But New York could not compete with the Sunshine State in terms of rental. Newspaper the Sentinel of the sun renewed the lease of his 290,503 square foot print shop in Deerfield Beach, Florida.; Florida State Department of Revenue signed an agreement to move to 28,610 square feet within Doral; a sports and social bar open a 20,000 square foot location in Miami; kid clothier Carter’s and The Great Greek Mediterranean Grill took a total of 7,142 square feet in a Boca Raton Mall; and wine bar Le Moine Aveugle will open a 2,209 square foot outpost in West Palm Beach.

Long reads for the long weekend

What better way to drown out your family’s bickering over Labor Day barbecues than to dig into some of Commercial Observer’s recent features.

Find out how, even in the wake of politicians decrying ESG as part of a “woke agenda,” real estate has stayed the course in its efforts to make its buildings greener and its workforce more diverse. Or how Adam Neumann is new, loosely defined boot might actually solve at least one housing issue, if it manages to live up to its billion-dollar hype. Otherwise, we are sure that Jared Leto I can’t wait to get his Israeli accent out again.

Finally, find out how real estate lawyer Terri Adler came from the West to launch a career in New York, starting with what could be a record shortest job interview ever.

Until next time, solidarity forever!

Melbourne Airport will welcome Honda and Hines will expand into Australia